From Aparecida to Laudato Si’: Care for Creation 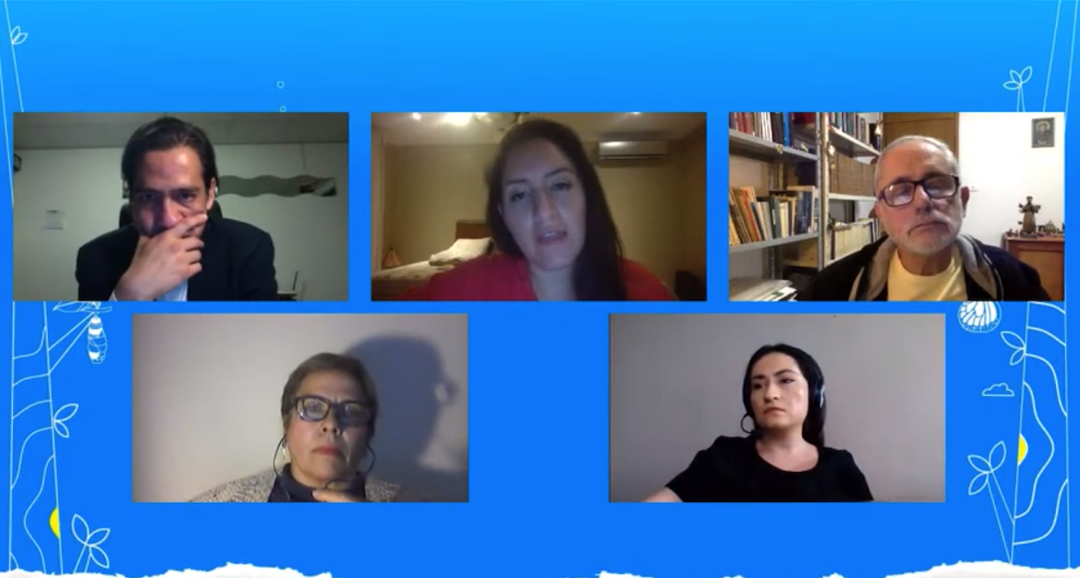 As a celebration of the anniversary, this first conversation is being held in preparation for the Ecclesial Assembly of Latin America and the Caribbean, which aims to reignite the pastoral commitment of missionary disciples and will be held in Mexico in November 2021.

The discussion included an interesting analysis of the interrelationship between two documents of relevance for the care of creation, the V General Conference of the Bishops of Latin American and the Caribbean “Aparecida” held in 2007 and the encyclical Laudato Si published 8 years later.

Thanks to these documents, the participation of Catholics around the world and above all the hope for a better future have increased.

In his participation, Friar Rodrigo reminds us that God left the goods of the earth for all living beings and not only for human beings, that is why today’s advances that promote the idea of preservation for future generations, considering human ecology and sustainable development, are important.

In the content of Aparecida it is emphasized that neglecting the mutual relationships of the balance that God himself establishes, is an attack against biodiversity and life. The common home, the cry of the earth and the cry of the poor, care, interdependence among beings, the intrinsic value of each being, integral ecology, were already important issues in Latin America and the Caribbean that managed to evolve from the Aparecida conference to Laudato Si’.

Roxana Esqueff from Uruguay, contributed speaking about Ecclesial networks between Aparecida and Laudato Si’, sharing a timeline of organizations that were created from Aparecida and their important interaction to address these important issues considering that the road is much easier when we share them.

Networks generate dynamism, working with others is an evangelical mandate, we were not invited to walk alone, we have to do small but many things and thus transmit the message to others, emphasizes Roxana.

In the face of individualism, Jesus calls us to live and walk together, in a process over time in order to hear the cry of the earth and the cry of the poor.

Laudato Si’ reminds us that if we overcome individualism, we can change society in an important way, it is not enough for each one to be better in order to solve a situation as complex as the one the world is facing today.

Ecological conversion is required to create real change, because it must be a community conversion (LS 217), Roxana emphasized in her intervention, quoting Laudato Si.

The intervention of Maureen Villanueva from Mexico analyzes the importance of Aparecida and Laudato Si’ in practice. She mentioned, as a result, the creation of Querida Amazonia, a document following Laudato Si’ transmitting this concern from the family, ecology, politics, technology and the socio-environmental relationship discussed in Laudato Si’.

In practice, concrete responses have been obtained on what was reflected in Aparecida, with very specific actions such as Amazonía and Laudato Si’, through the disposition as a community and the work of the parishes.

This has resulted in various meeting spaces where we are all part of it and Laudato Si’ is put into practice to address the climate crisis.

The discussion concluded with an invitation to participate in the Laudato Si’ Animators Program offered by the Global Catholic Climate Movement and to join the Laudato Si’ Circles, as well as an invitation to participate in the next meeting, to be held on June 30, which will address the Proclamation of the Gospel in Latin America and the Caribbean.

The event, moderated by María José Carbajal from Ecuador and David Bruna from Chile, was a moment of analysis and reflection, but above all of inspiration to continue caring for creation.