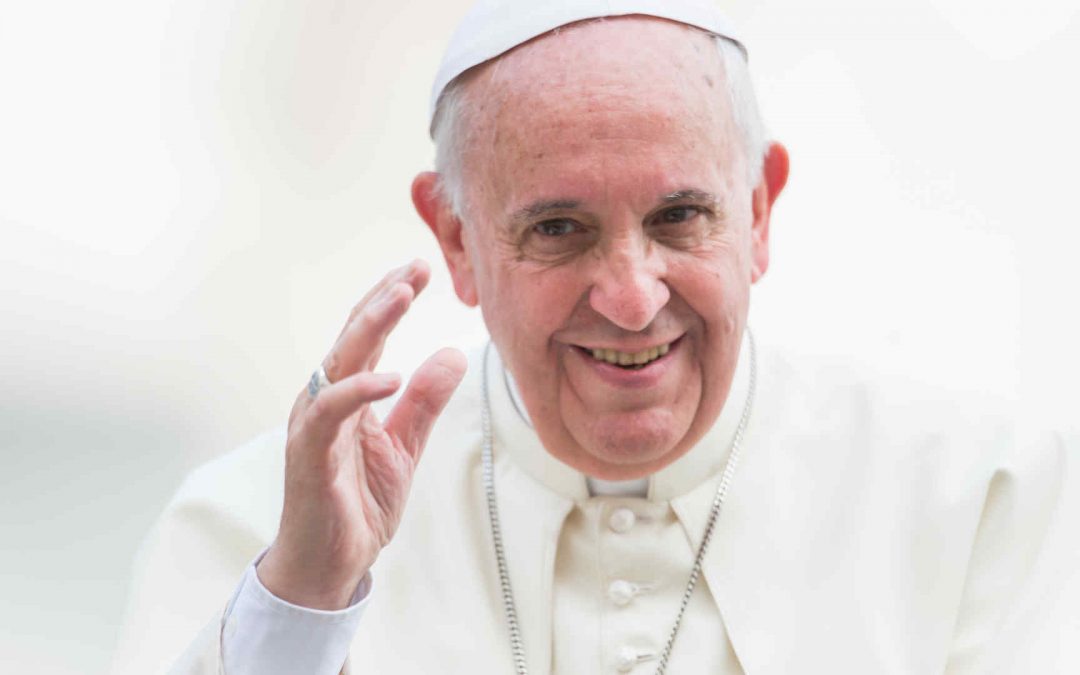 Pope Francis thanks Laudato Si’ Animators during his Papal Angelus and ahead of a missionary sending on Sunday. Photo credit: Mazur/catholicnews.org.uk

Ahead of a special Pentecost Sunday missionary sending, Pope Francis kindly offered well wishes to Laudato Si’ Animators worldwide as they go and spread the Gospel of Creation and care for our common home.

Speaking during his Papal Angelus (Regina Caeli) on Sunday, Pope Francis also thanked the millions of people around the globe who have participated in the Laudato Si’ Special Anniversary Year, which comes to a close on Monday 24 May.

The year may be ending, but the “journey that we must continue together, listening to the cry of the Earth and the cry of the poor” is only beginning, Pope Francis said.

The Laudato Si’ Action Platform will help all Catholic institutions, communities, and families take the next steps in implementing Laudato Si’. The Vatican initiative will be officially released on Tuesday 25 May, the final day of Laudato Si’ Week.

Later on Sunday, Cardinal Luis Antonio Tagle, Prefect of the Vatican’s Congregation for the Evangelization of Peoples, led a moving and global prayer gathering/missionary sending of Laudato Si’ Animators and other pastoral agents to spread the Gospel of Creation to every corner of the globe.

Read more: On Pentecost Sunday, Catholics sent forth to spread Gospel of Creation

“Tomorrow the ‘Laudato Si’ Year’ concludes. I thank those who participated with many initiatives throughout the world. It is a journey that we must continue together, listening to the cry of the Earth and of the poor. For this reason the ‘Laudato Si’ Platform,’ a seven-year operative course, will begin immediately to guide families, parish and diocesan communities, schools and universities, hospitals, businesses, groups, movements, organizations, religious institutes to adopt a sustainable lifestyle. And best wishes to all those animators who today receive the mandate to spread the Gospel of Creation and to take care of our common home.”

🇻🇦Today #PopeFrancis concludes the #LaudatoSiWeek 2021 in which we met to reflect on 🌿#ClimateJustice, #EcoSpirituality and #CommonGood.
You can join! 👉https://t.co/ZWl2gHcbWY
Congratulations to the #LaudatoSiAnimators because today they receive the Missionary Sending. pic.twitter.com/uxLAEQSFb3