On Pentecost Sunday, Catholics sent forth to spread Gospel of Creation 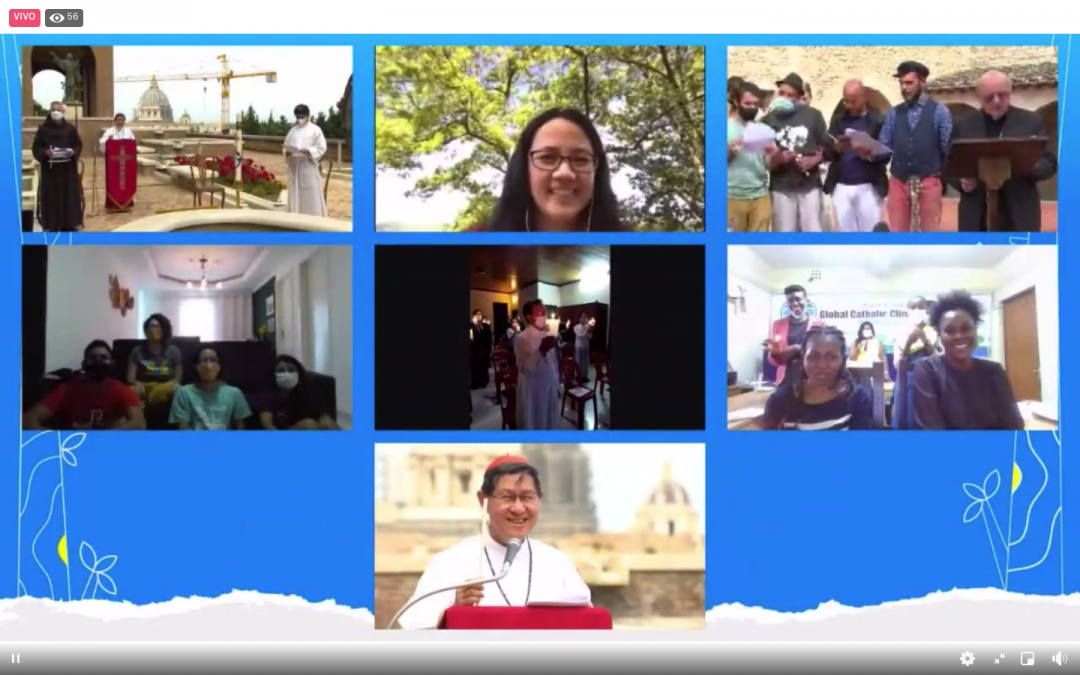 The Laudato Si’ Special Anniversary Year that Pope Francis invited all Catholics to participate in neared its conclusion on Pentecost Sunday with the start of so much more.

On the anniversary of the beginning of the Church, Cardinal Luis Antonio Tagle led a moving and global prayer gathering/missionary send-off that called on all Catholics to begin anew our efforts to spread the Gospel of Creation to every corner of the globe.

“As we receive the Holy Spirit, let us be witnesses of the re-creation that began at Easter and now is our mission to proclaim and to live out as people regenerated by the Holy Spirit,” said Tagle, who serves as the Prefect of the Vatican’s Congregation for the Evangelization of Peoples. 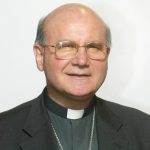 The prayer gathering, which was broadcast live on social media, invited Catholics to be  St. Francis of Assisi: to undergo a change of heart, listen to God, and to repair our common home.

Monsignor Domenico Sorrentino, Bishop of Assisi, said: “You, dear animators of Laudato Si’, you are these missionaries. From here, I want to repeat for you these words that St. Francis heard: go and repair my house.”

The prayer gathering and missionary send-off showcased the inspiring diversity of the Catholic movement to care for creation.

A range of Catholic leaders participated, including Cardinals, Vatican priests, Franciscans, and bishops. Christina Leaño, the associate director of the Global Catholic Climate Movement, served as the emcee of the event.

And the thousands who attended and participated online also heard prayer intentions, songs, and readings from Laudato Si’ Animators and other faithful in Italy, Kenya, the USA, Brazil, and Vietnam, all of whom asked our Creator God for support in strengthening our vocation to care for our common home.

“Most high all powerful and good Lord, with your breath of life you have created all beauty. You have given us salvation. Send as in the upper room the Holy Spirit upon us. We gather today from all over the world so that your flame bursts greater in each [Laudato Si’] Animator and every pastoral worker,” Msgr. Sorrentino said.

Cardinal Tagle, speaking from the terrace of the General Curia of the Friars Minor in Rome, said that spreading the good news throughout the world might seem overwhelming and daunting, especially during the COVID-19 pandemic. 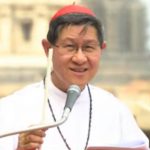 But he reminded the faithful that the “greatest miracles of all happened in simple, very ordinary events.”

Cardinal Tagle shared three Gospel stories and how they can inspire us. He recalled the risen Lord appearing to Mary Magdalene in the garden, and how we’re called to return to the gardens of the Earth and to be of service to the harmony of creation.

He shared the story of Simon Peter and other disciples fishing but catching nothing. Jesus instructs them to throw their nets to the other side, where they have a tremendous catch.

But now our seas and rivers have become polluted and toxic. “Water, which is supposed to be a symbol of life, is becoming a symbol of death,” he said.

“What a gesture, ‘You first, after you.’ That’s an experience of Easter. Not saying, ‘I first, you later. You came later, sorry for you.’ This mentality does not bring life, it brings death,” Tagle said. “The Easter experience always says, ‘You first, my neighbor first. And my needs later.’” 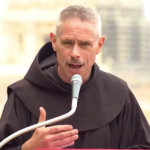 Father Michael Perry, OFM General Minister of the Franciscan Friars, recounted the story in the Gospel of Luke in which Jesus appears to the disciples, who don’t know they’re speaking with the risen Lord.

But eventually they listen and understand. This is what happened in the life of St. Francis, Perry said.

“When he began to hear the cries of the lepers and heard the cries of the poor, all of a sudden his world started to change. He found himself obliged to make new space in his life,” Perry said.

Catholics, too, are called to listen to the cry of the Earth and the cry of the poor, to hear the voices of refugees around the world and of the people in Papua New Guinea, who have seen some of their islands disappear because of rising seas.

“How many times have we in our own lives been unable to hear the cries of the poor, and certainly, the cries of the planet?” Perry said. “Education begins by listening, by a willingness to see what is really happening, not to see only the things that we want to see.” 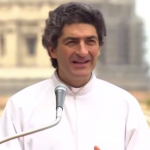 Fr. Augusto Zampini, Adjunct Secretary of the Vatican Dicastery for Promoting Integral Human Development, concluded the gathering by thanking the more than 200 Catholic organizations that have made Laudato Si’ Week possible.

Quoting Laudato Si’, Fr. Zampini shared how the Spirit of the Lord is infinitely creative, “something new can always emerge” (LS 80).

“Let’s hope that after this week and after this celebration, something new in each one of us and in each community and in the world can emerge. Something with which we can contribute to God’s art that is nature. Something that can ignite us to contemplate the beauty of God’s art, the beauty of creation, to be inspired by it, and to look after it.”

Let us open our hearts to the gift of the Holy Spirit, which makes us feel all the beauty and truth of God’s love in the dead and Risen Christ. And it spurs us to go out, to witness to this Love that always precedes us with his mercy. #Pentecost