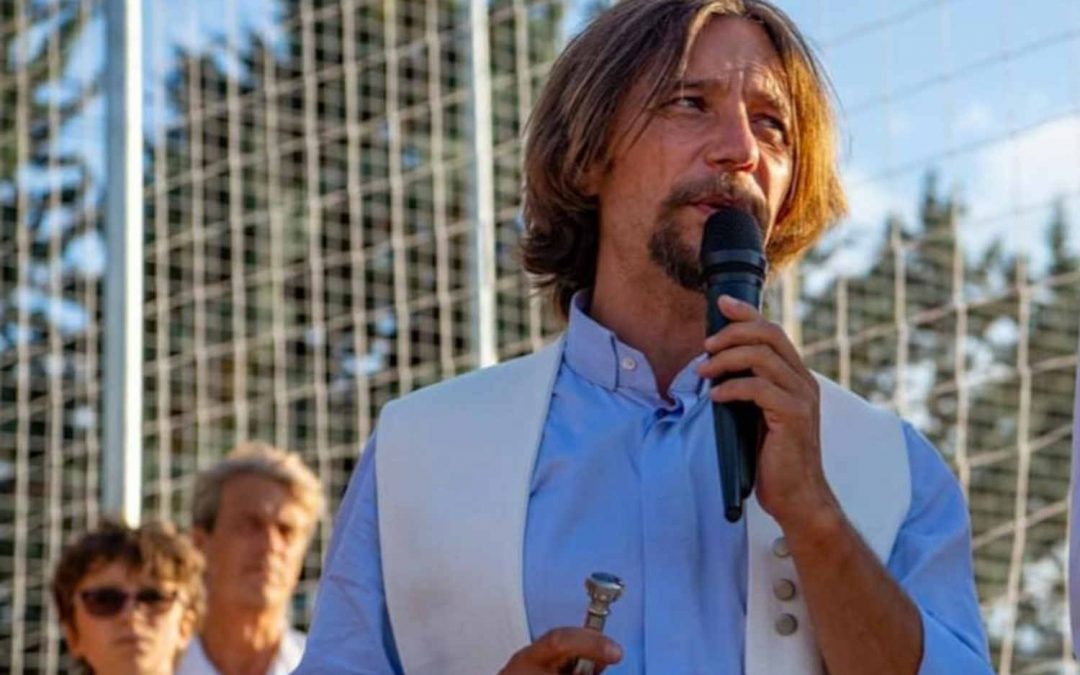 Father Cristiano Re, director of the Diocese of Bergamo’s Office for Social and Labor Pastoral Care

Only weeks ago, Bergamo, Italy, was battling one of the most deadly coronavirus outbreaks in the world. More than 15,600 people have died in Northern Italy’s Lombardy region, and Bergamo has been one of the hardest-hit cities in the area.

Despite having less than 10 percent of the population of nearby Milan, Bergamo has had more than half as many coronavirus cases as Italy’s second biggest city.

But Catholics in Bergamo are resilient. During Laudato Si’ Week, they’re showing the world that a faith grounded in hope and driven by the Holy Spirit can overcome anything.

They’re coming together to bring renewed attention to Laudato Si’ and to start working for a just recovery that puts people at the center of everything.

“We are in a new phase of our life and our society, and this is a new start. We have to change what was before, and we have to create a new future,” said Stefano Remuzzi of the Diocese’s Office for Social and Labor Pastoral Care.

“Laudato Si’ can be a guide, not only for the environmental problems, but also [to create] a different economy, a different way of thinking . . . We can find something new, something that places the person at the center.”

By participating in Laudato Si’ Week and joining the Catholics around the world who are working for a better tomorrow, the diocese’s efforts have gained more exposure and more momentum. Diocesan officials have worked closely with Global Catholic Climate Movement staff, who have helped them troubleshoot problems and make their work more effective overall.

Father Cristiano Re, director of the Diocese’s Office for Social and Labor Pastoral Care, said Bergamo particularly wanted to focus its Laudato Si’ Week efforts on integral ecology and how “everything is connected,” this year’s theme.

“These are words that often fill our mouths . . . but which today represent the real cure: the real ‘vaccine’ of a good life is breathing good air,” Re said.

The diocese also wants to use this time to highlight the link between pollution and the coronavirus pandemic.

A recent study from Harvard University found that prior exposure to heavy air pollution before the pandemic left patients more likely to die than patients in cleaner areas.

The study builds on prior research that has shown exposure to heavy air pollution makes people more susceptible to lung cancer, heart attacks, and strokes. Northern Italy, namely Milan, is the hub of the country’s industrial activities and home to some of Italy’s worst air pollution.

Northern Italy also had far more coronavirus cases and deaths than other parts of the country, Remuzzi pointed out.

Four years ago, diocesan officials traveled to schools and parishes throughout Bergamo with booklets to bring attention to Laudato Si’. But with restrictions still in place in northern Italy, the diocese decided that sharing videos online could have a similar effect.

The videos are a way to share the message digitally. They’ve been created in collaboration with the Italian Christian Workers’ Associations  and by diocese parishioners, mostly in their 20s and early 30s. “It’s a new generation,” Remuzzi said.

He also sees an opportunity for Bergamo and the world to start anew after the pandemic.

Remuzzi and others remain inspired and in solidarity with their fellow Bergamo citizens who sacrificed much during the pandemic. Friends of Remuzzi lost loved ones, including parents and grandparents. Now he wants to do his part and use Laudato Si’ to create a better future for all.

“I saw a lot of people never give up and spend their energy for the community,” he said. “Individual actions have an impact on the community . . . I’m feeling like a little piece of this big puzzle of good news and action.”