Laudato Si’ Week 2022: Everything you need to know 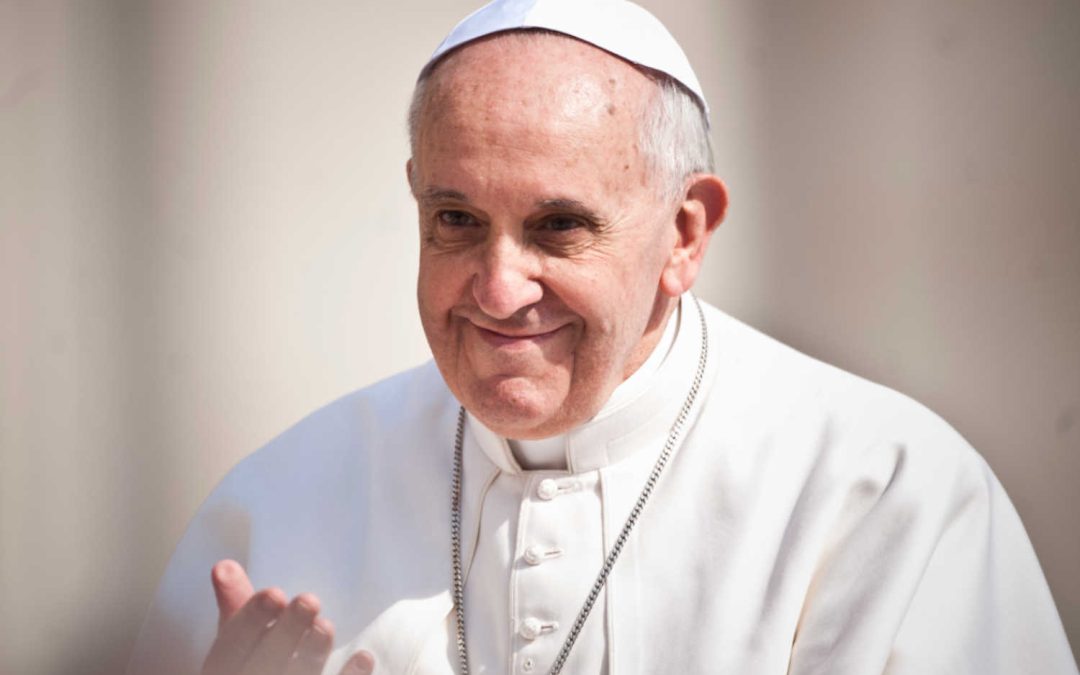 Laudato Si’ Week, the weeklong event marking the seventh anniversary of Pope Francis’ encyclical on creation care, will feature a series of global celebrations and the first-ever public sneak peek of The Invitation, a new film featuring Pope Francis.

Hundreds of thousands of Catholics will unite from May 22-29 to celebrate the progress made in bringing Laudato Si’ to life and intensify their efforts through the Vatican’s Laudato Si’ Action Platform. The new tool is empowering Catholic institutions, communities, and families to fully implement Laudato Si’.

Tomás Insua, Executive Director of Laudato Si’ Movement, said: “Laudato Si’ Week has blossomed into a global celebration that leaves the faithful feeling inspired to do even more for our common home. Amidst chaos and destruction globally, every day Catholics take urgent action against the climate emergency and ecological crisis. Laudato Si’ Week will serve as a fountain of inspiration and lessons learned for all people interested in saving God’s creation.”

Each day of Laudato Si’ Week will feature global, regional, and local events tied to one of the seven Laudato Si’ goals. On the day celebrating ecological education, footage from The Invitation, a new feature-length documentary film on Laudato Si’, will be shown to the general public for the first time ever during a live-streaming event. The Invitation will have its global release later this year.

The event begins at 14.00 CEST on May 27. Registration is required at this link.

Facilitated by Deborah Castellano Lubov, correspondent for Vatican News and contributor to NBC News, the event will feature:

Images for journalists to use in their stories are available here (photo credit Laudato Si’ Movement).

The complete program for Laudato Si’ Week, including global events in Uganda, Italy, Ireland, Brazil, and the Philippines, can be found here and below. Catholics are encouraged to inspire their community by registering their local events at LaudatoSiWeek.org.

Monsignor Marcelo Daniel Colombo, Archbishop of Mendoza, Argentina: “By baptism, we are co-responsible for the life of our ecclesial community. How can we not be as a Church altogether co-responsible for this mission of witnessing love, respect, and care for everything created by the Father?”

Monsignor Guillermo Steckling, Bishop of Ciudad del Este, Paraguay: “Documents over time are forgotten and the process of implementation sometimes takes 50 years. But with Laudato Si’, we don’t have that much time. Let’s do something now!”

The theme for the week is “Listening and Journeying Together.” Laudato Si’ Week 2022 is sponsored by the Vatican Dicastery for Promoting Integral Human Development and facilitated by Laudato Si’ Movement in collaboration with a cohort of Catholic partners.

*All global events, excluding the movie sneak peek on May 27, will be broadcast on Laudato Si’ Movement Facebook and YouTube channels.

As oil companies continue to pursue the construction of the East Africa Crude Oil Pipeline and the destruction of creation, Ugandans will host a Laudato Si’ Mass, restore creation by planting trees, and listen to the cry of the Earth.

Broadcast live from the Australian Catholic University in Rome, Father Joshtrom Kureethadam of the Vatican will lead a dynamic conversation centered on raising Indigenous voices ahead of the United Nations biodiversity conference later this year.

Broadcast live from the Metropolitan-Basilica of the Immaculate Conception, or the Manila Cathedral, communities throughout the Philippines will partner with the Archdiocese of Manila for this daylong event that will inspire all to accelerate their response to the cry of the poor.

WEDNESDAY MAY 25 — 15:00 CEST Fossil Fuels, Violence, and the Climate Crisis

World-renowned professor and author Jeffrey D. Sachs will lead an urgent conversation about how faith-based institutions can lead the way to a cleaner and safer future by divesting from fossil fuels.

Led by FaithInvest, this innovative event will engage Catholic institutional investors in a conversation about ethical investing and how they can ensure their assets are in line with Laudato Si’. Broadcast live from Wicklow, Ireland, this event also will feature the special launch of the Laudato Si’ Action Platform Investor Hub.

Footage from The Invitation, a new feature-length documentary film on Laudato Si’, will be shown to the general public for the first time ever during a live-streaming event. The Invitation will have its global release later this year.

The Laudato Si’ Festival live from Assisi will showcase Catholic artists from across the globe who are using their talents to raise awareness about the need to care for our common home.

Live from Brumadinho, Brazil, Msgr. Vicente de Paula Ferreira will lead a prayer gathering to officially close Laudato Si’ Week 2022. The gathering will carry a special focus on those affected by the climate crisis and bear witness to testimonies from people affected. In January 2019, a dam collapse in Brumadinho poured millions of tons of toxic waste into nearby communities and killed 270 people.