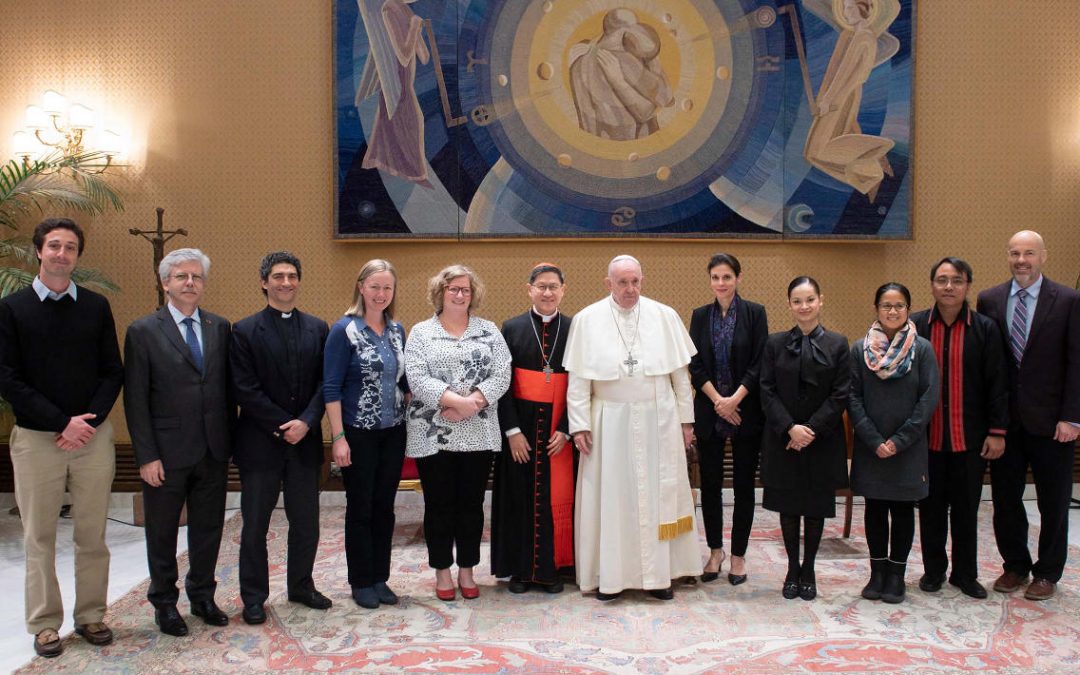 Pope Francis warmly welcomed the board of directors and top leaders of the Global Catholic Climate Movement on Thursday.

We were humbled and supremely grateful to receive the personal reception. This meeting offered a beautiful opportunity to thank Pope Francis for his leadership.

Since publishing Laudato Si’, Pope Francis has inspired millions of the world’s Catholics to care for our common home.

We were honored to present Pope Francis with a rosary made of seeds that were gathered in the Amazon and to receive his blessing of prayer ribbons that were written in local communities along a 1,500-kilometer pilgrimage from the Vatican to Poland for the 2018 United Nations climate talks.

The meeting was especially meaningful as we draw closer to Laudato Si’ Week, to which Pope Francis has invited us all. The week will commemorate the fifth anniversary of Laudato Si’ by celebrating how far we’ve come together and accelerating our efforts for the road ahead.

Find out how your community can take part—choose the action that’s best for you and complete this form to learn more.

Learn more about the meeting here.